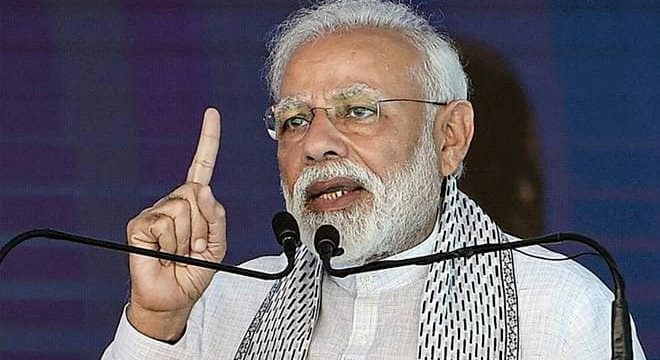 Prime Minister Narendra Modi will address the nation from the ISRO control centre in Bengaluru at 8am in the backdrop of Chandrayaan-2’s lander Vikram losing contact with ground stations. According to Indian Space Research Organization (ISRO), India’s Chandrayaan 2’s lander Vikram began final descent towards the moon and lost contact with ground control around 2.1 km above the Moon’s surface. The snag occurred minutes after the module began the fine braking phase of its descent to the unexplored lunar South Pole. However, ISRO said that it is not sure whether the lander crash landed or not. The space agency added that it is analysing the data available with it to ascertain the reason behind the snag and the findings will be made public on a later date.

Prime Minister Narendra Modi, who was present at the ISRO Telemetry, Tracking and Command Network (ISTRAC) in Bengaluru to witness the landing Chandrayaan 2, boosted the morale of the ISRO scientists.

Follow all the updates from Chandrayaan 2’s landing LIVE on BusinessToday.In:

10:00 am: Union Home Minister Amit Shah tweeted, “ISRO’s achievement with getting Chandrayaan-2 so far has made every Indian proud. India stands with our committed and hard working scientists at @isro. My best wishes for future endeavours.”

9:45 am: Karnataka Chief Minister BS Yediyurappa boosted the morale of Isro scientists. “We are with you Isro. Proud of you to have dared to land at the south pole of the moon where no one else has ever attempted. Your capabilities and achievements have always made our country stand tall. This is just a success postponed. #Chandrayaan2,”he said in a tweet.

9:30 am: Vice-President Venkaiah Naidu has also lauded Isro for daring to dream. He said that even if the Vikram lander had lost contact, the orbiter and its payloads are still performing their functions perfectly.

9:10 am : Uplifting the morale of ISRO scientists, Defence Minister Rajnath Singh said that Isro’s mission to reach moon is bound to succeed.